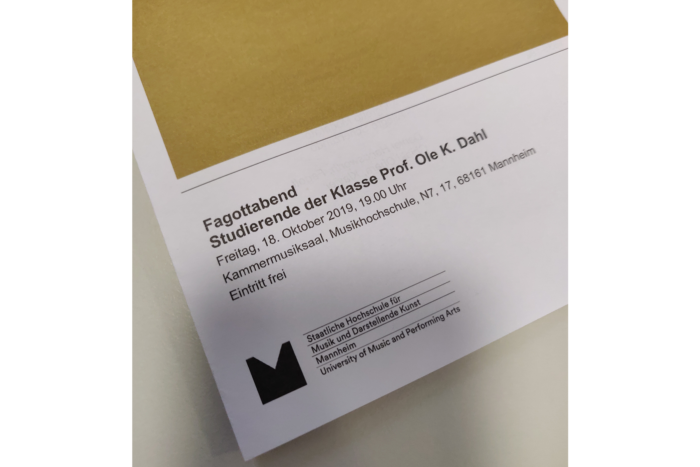 Just last week I got back from England. I had a lovely time visiting home, Hannah and a few other friends from RCM. This will be a bitty blog updating a few random things I have been getting up to.

I’ve enjoyed being back in Mannheim after finishing the Hochschule Symphony Orchestra project and I’ve had the first rehearsal for my next concert with Incontro which is the contemporary music ensemble project. I am playing a piece called Lituarike by Petkutė for bassoon quartet alongside fellow classmates Alexandre, Xaro and Chia-Chi. I’m finding all of my classmates really inspiring to play and practice with which is really helping my self motivation. Having not got such a routine here in Mannheim, I am having to schedule my day well otherwise I am finding myself not being as productive as I could be. It is very different from being in London at the RCM where there is a lot more going on but it is good to have a quieter schedule and more time for personal practice. I recently phoned my friend Archie who is a bassoonist I met recently in Birmingham who is doing an Erasmus in the Hague. We had a really good chat comparing experiences so far and I think we both helped each other out with ideas of practice and general advice.

I can feel my German progressing which is an exciting feeling but I am finding it the most draining thing about being here. I had a German placement test for lessons at the Hochschule and will be starting lessons this week or next week. Me and my flatmates have started watching a German series called Dark which we are all enjoying despite it being a tad scary… 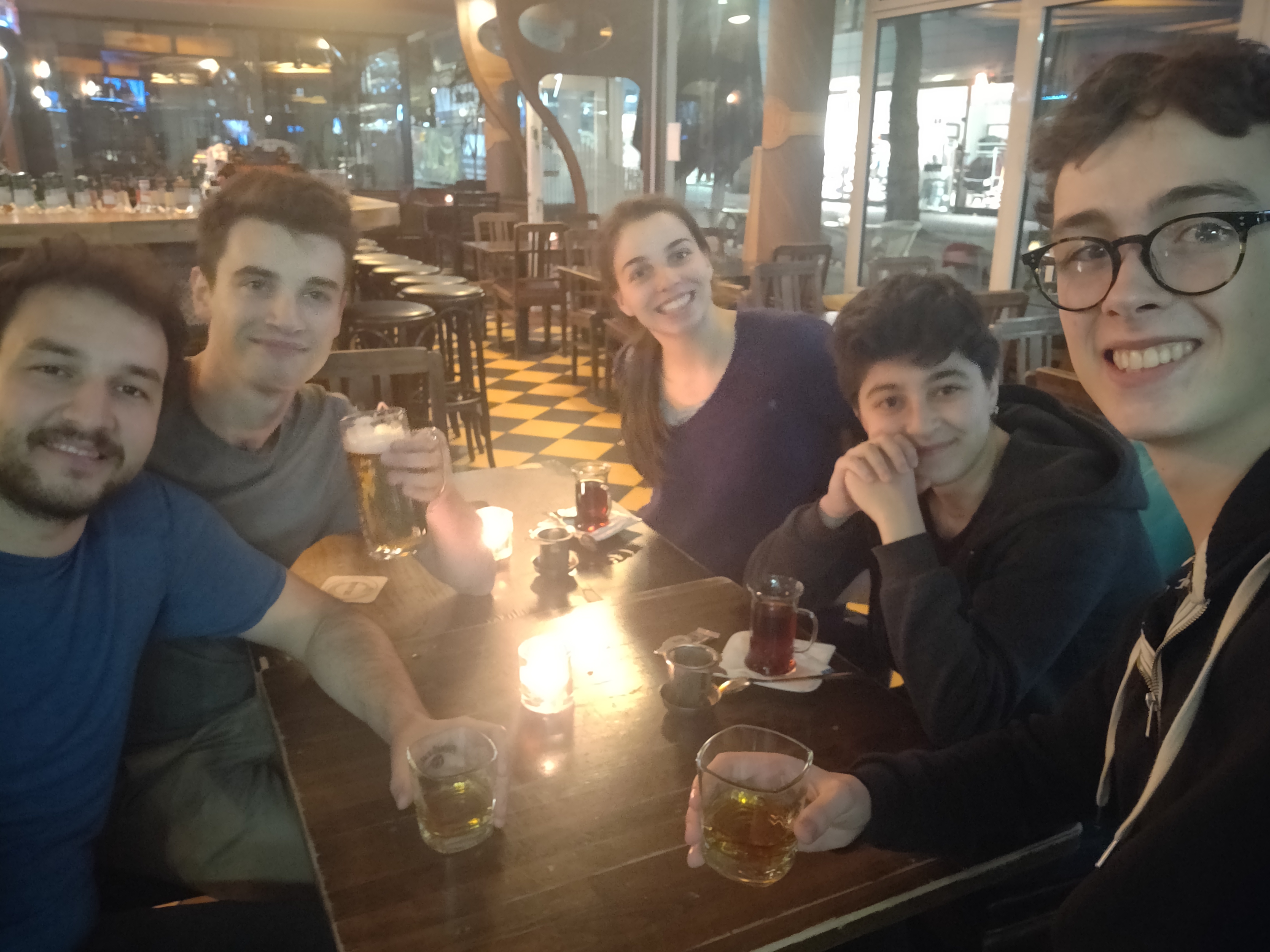 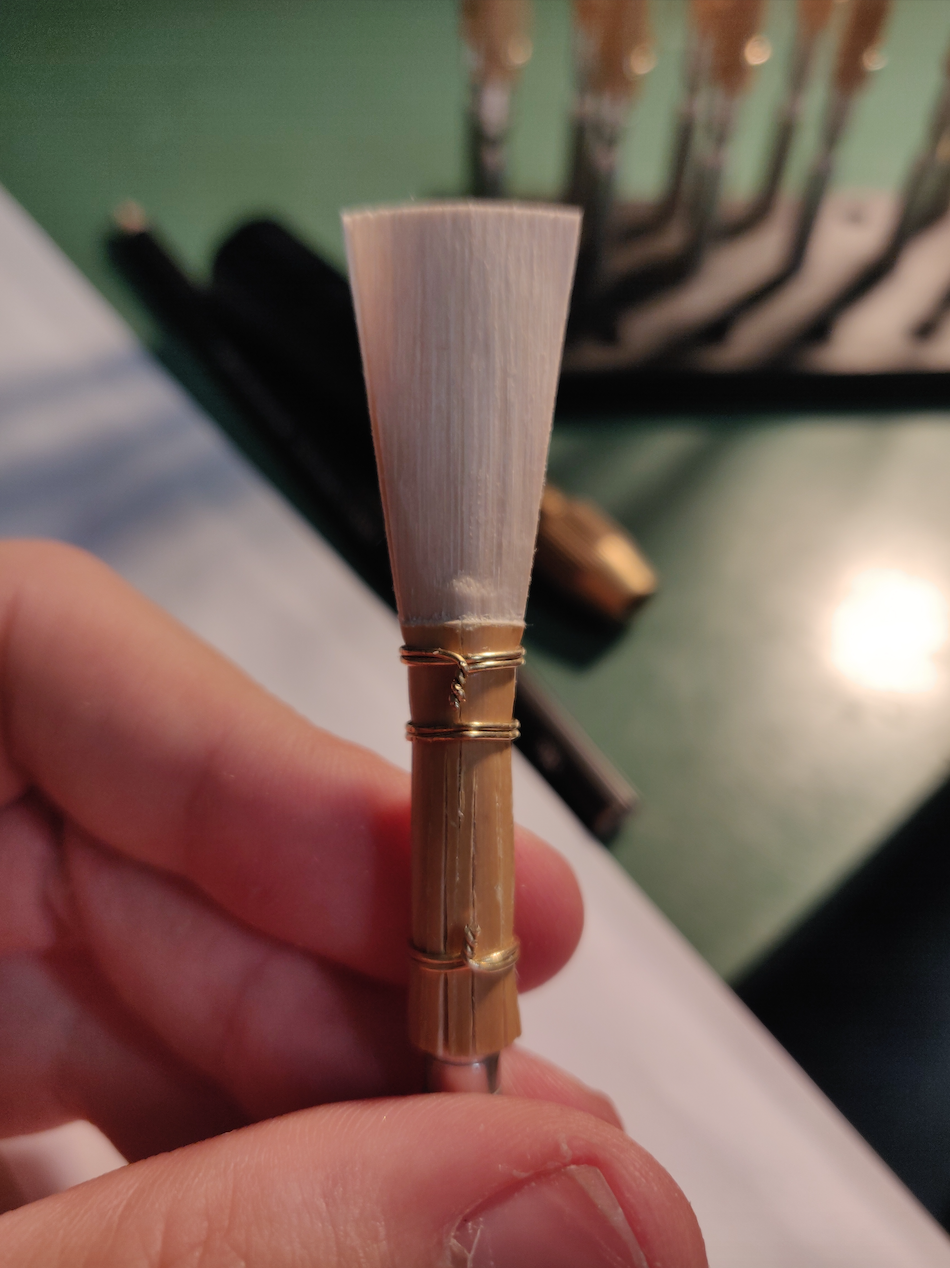 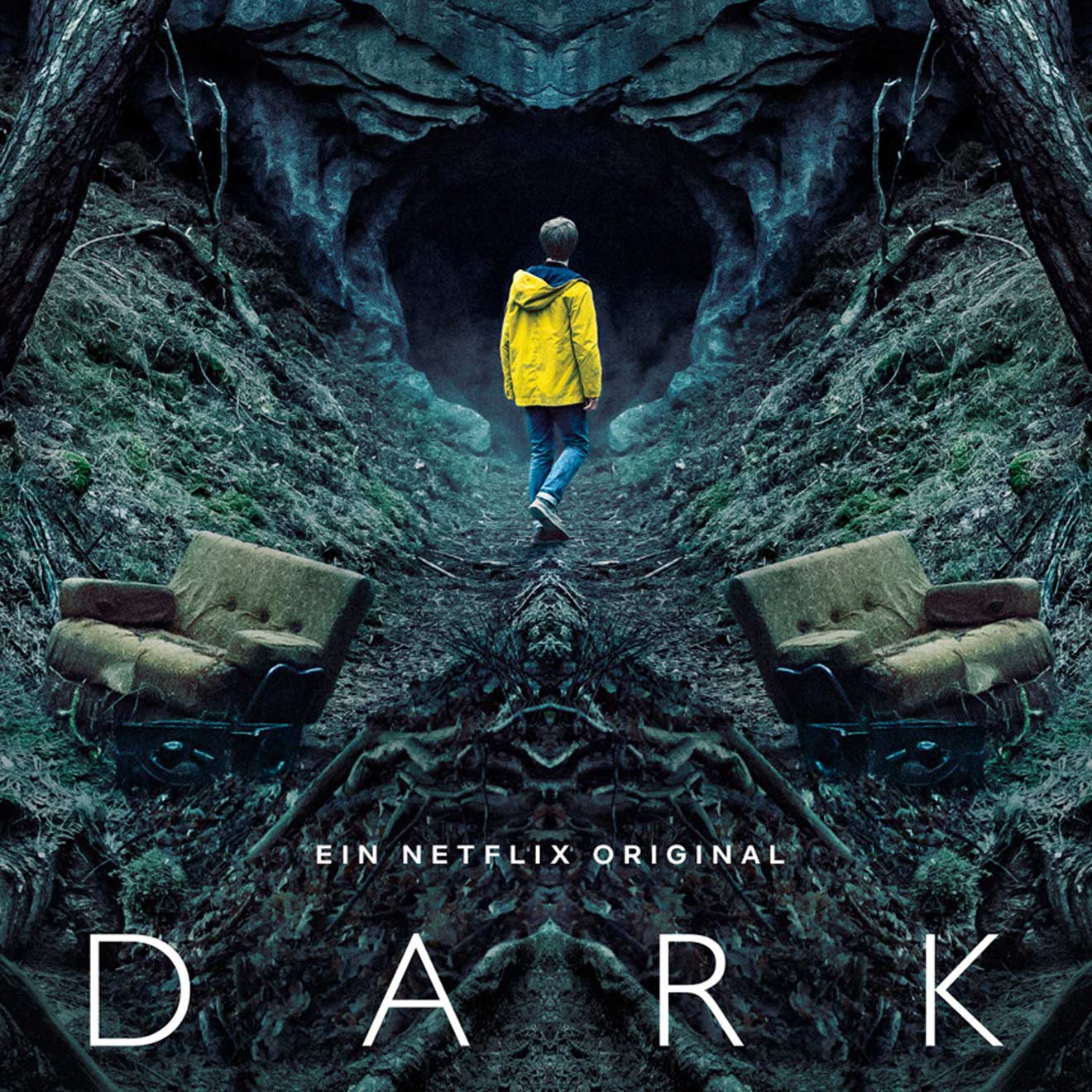 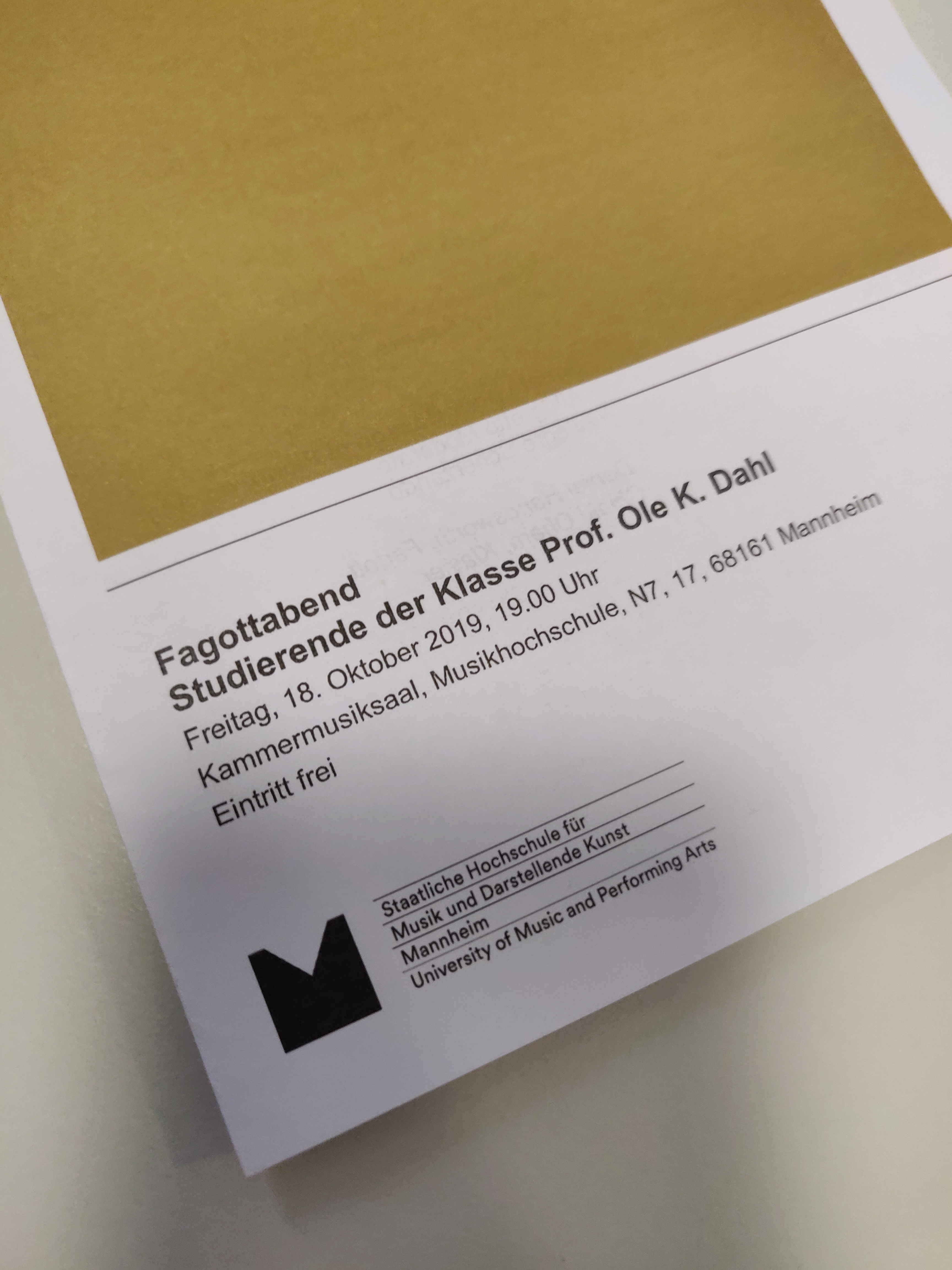 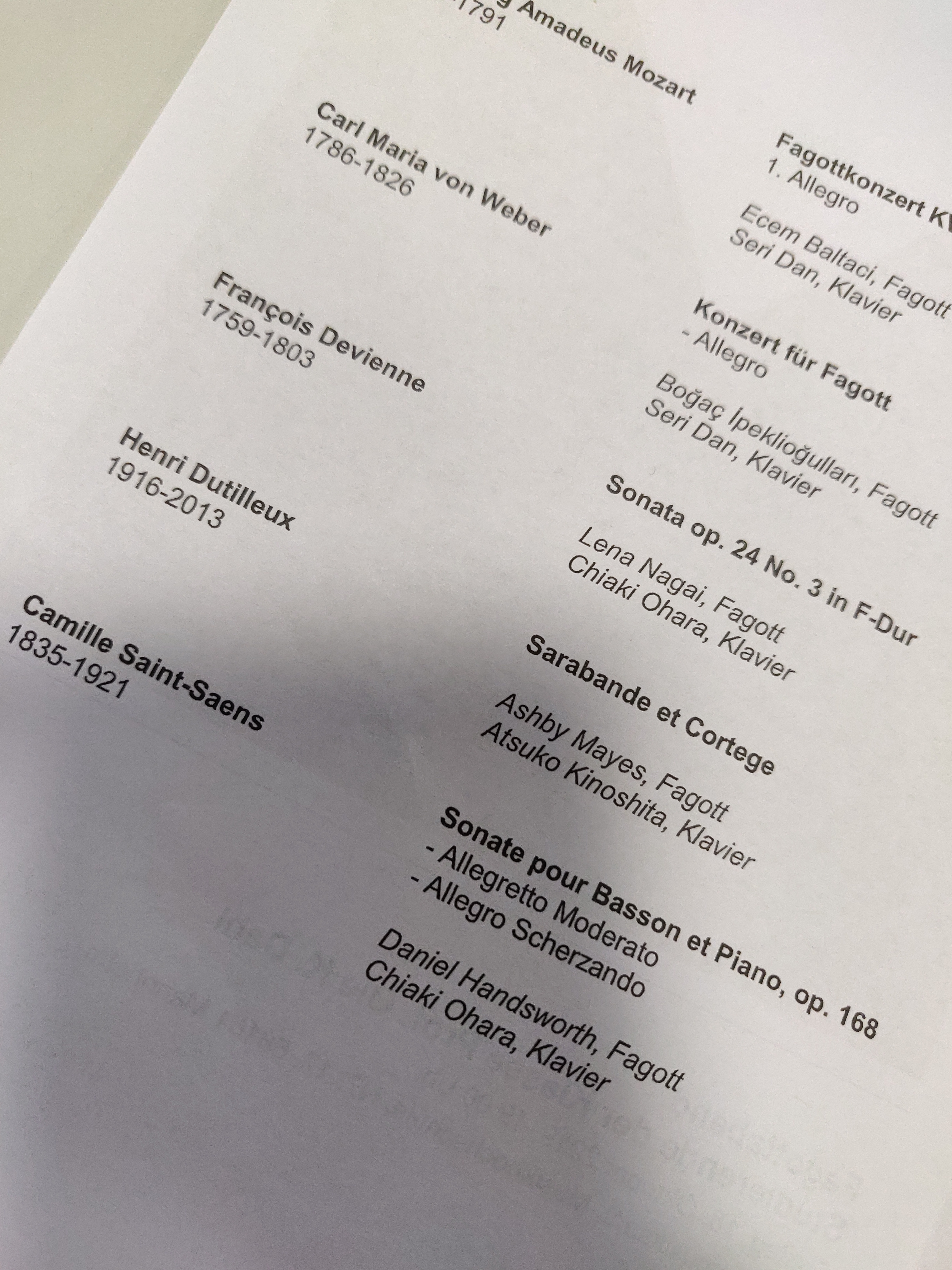 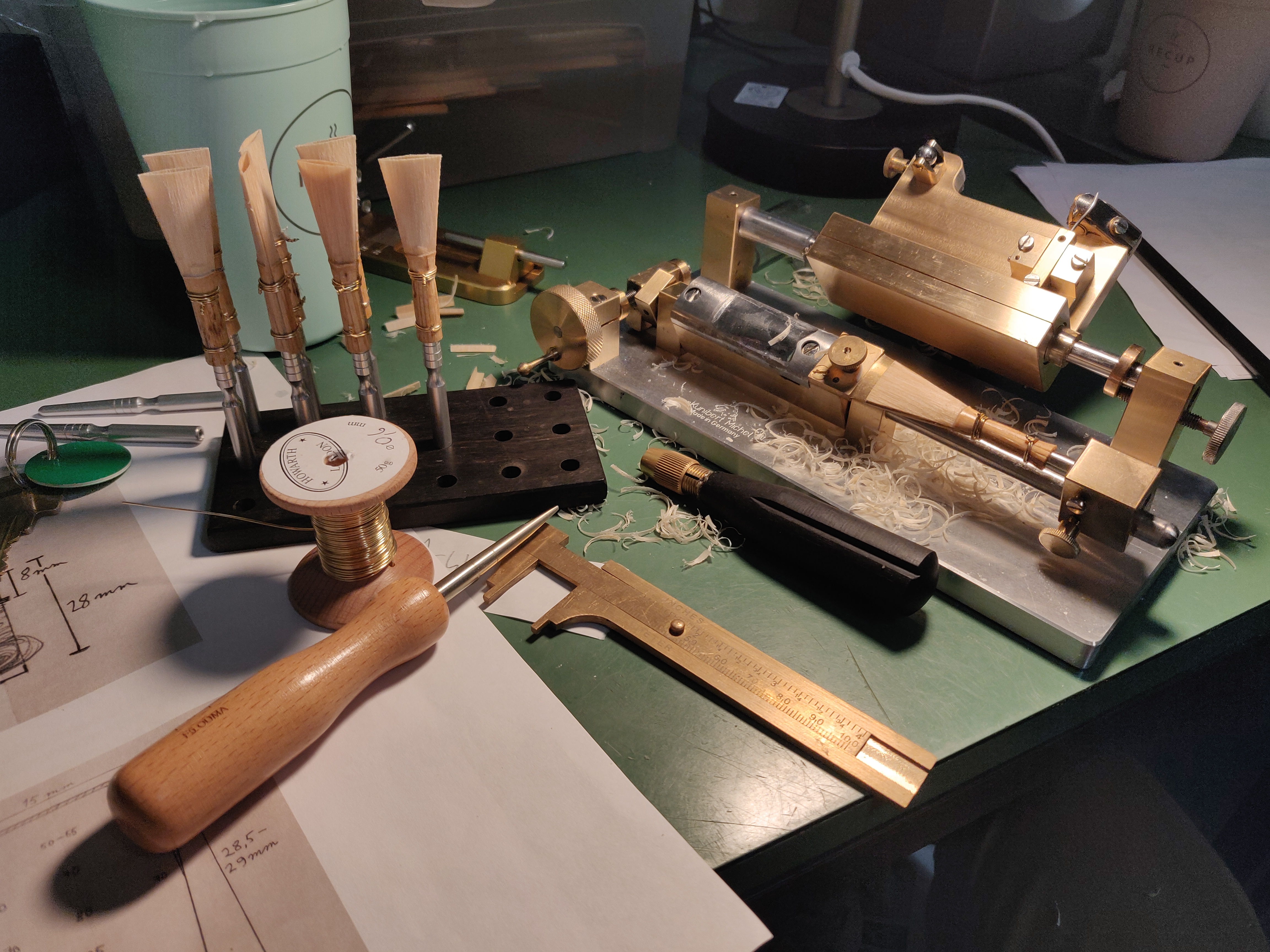 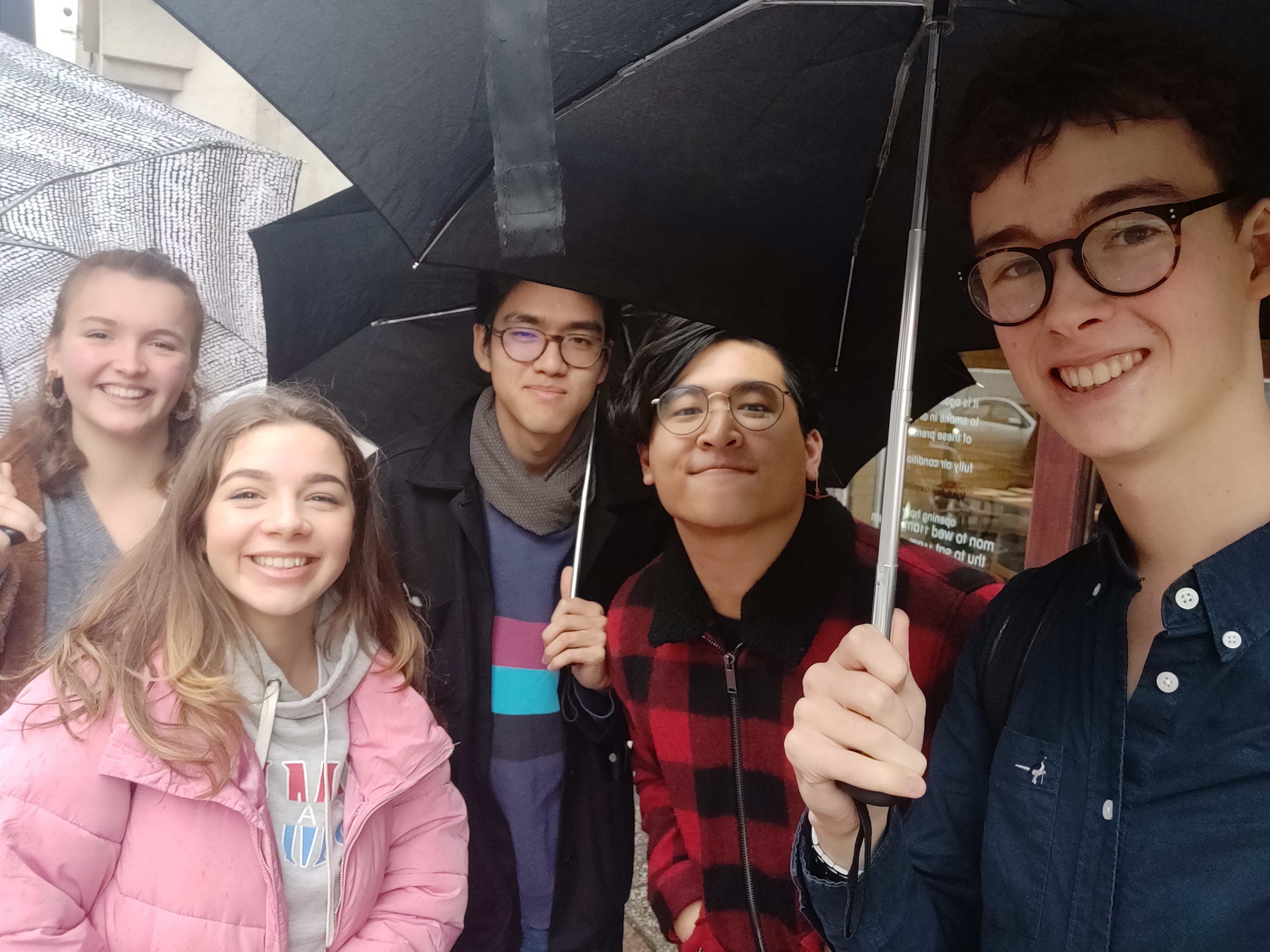 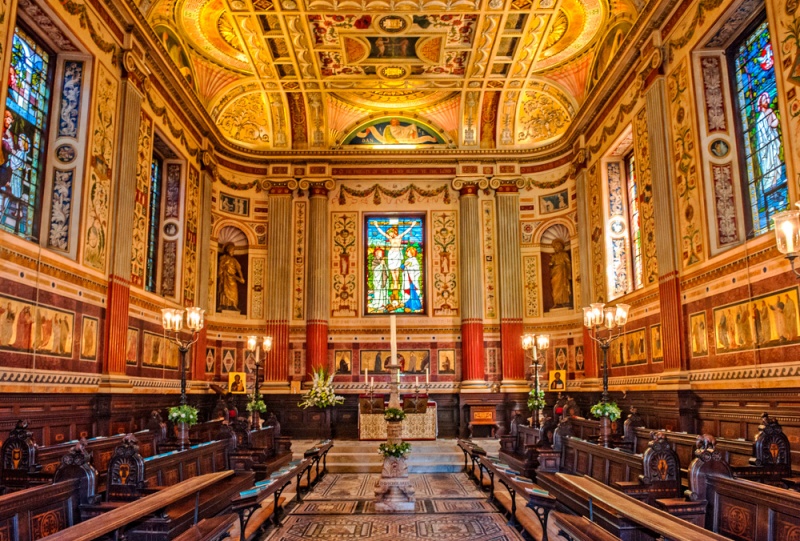 I have also had more rehearsals in German, with my wonderful accompanist Atsuko who frequently accompanies the bassoon class. I had my first Klassenabend which is a class concert where all the bassoonists play where I performed (with Atsuko) Dutilleux’s Sarabande et Cortege. I was really happy with how I played despite it being a bit daunting playing in front of my class and Ole in a concert setting but I really enjoyed it. I can feel my practice going well and progress happening especially in finger control, coordination and general technique. I had a very good lesson with Ole on the Mozart concert (first movement) which was a lot to take in – I am very glad I recorded it because I wrote four pages of notes afterwards! I am getting on very well with the class and with Ole and I would love to come back to study here full time as a Masters student in the near future. I have also been taking advantage of the reed machines and have just finished my first batch of reeds made from tube cane and in the new Popov style. The first few I made in this style when Mikko-Pekka was here giving his reed classes have been giving really good results already with a more direct sound and even tone across the whole range of the instrument. I’m looking forward to trying this new batch of reeds I have just finished.

It has been so nice coming home to England but I found it strange to not be speaking German on a daily basis. I spent three nights with Hannah in Oxford and it was so nice to see where she is studying and that she is settling in well. I watched two evensongs and attended two formals, had a tour of Worcester College and we’ve both managed to get work and practice done each day. It was a great first visit and I’m looking forward to more visits there soon. I also visited home to see my mum which was lovely as always. We had a quiet evening and caught up and she is hoping to visit some time later this year which would be amazing. I met some friends from RCM for lunch on my way to Heathrow and it was also great to catch up with them.

Thank you for following my blog and I hope to see you at the next one!

Make sure this account has posts available on instagram.com.