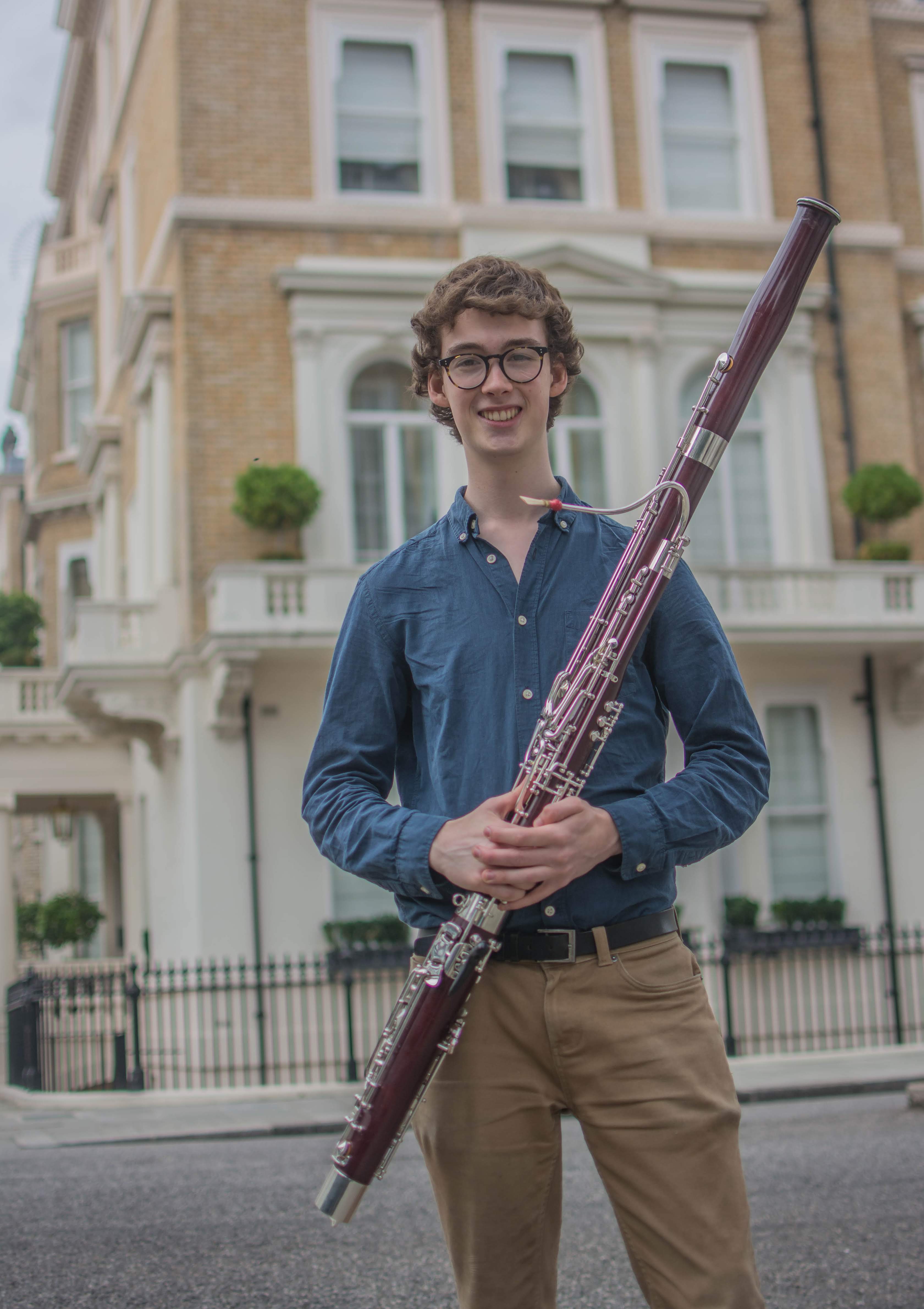 Ashby Mayes is an undergraduate bassoonist at the Royal College of Music where he is a Douglas & Adele Gardner Award Holder, and supported with the Douglas and Hilda Simmonds Award. He studies with Joost Bosdijk, Sarah Burnett and Martin Field and has played in masterclasses with Ole Kristian Dahl, Julie Price and Giorgio Mandolesi. Ashby is generously supported by Michael Attenborough through the Richard Attenborough Trust, as well as the Golden Charitable Trust and the Everest Lewis Golden Foundation. He is also proud to be sponsored by the Royal Philharmonic Society and is grateful for his support from Talent Unlimited. Previously he has been supported by Future Talent, Awards for Young Musicians and the Leverhulme Trust through the National Youth Wind Orchestra where he was Leader of the 2018 Orchestra. Previously, Ashby studied with Pete Harrison with full scholarships at the Junior Department of the Royal Academy of Music and Wells Cathedral School.

As a soloist, he won third place in the RCM Concerto Competition and was a finalist in the Sir Karl Jenkins Music Award 2019. He premiered a solo work by Darren Bloom at St John’s Smith Square in London, recorded Jeffrey Joseph’s Second Bassoon Sonata and has performed solos with the RCM Chamber Orchestra, WYS Baroque Orchestra, Watford Youth Sinfonia and the Wyatt Sinfonia. Ashby has taken part in sit in sessions with the BBC Symphony Orchestra under Duncan Ward, and with the Philharmonia Orchestra under Jakub Hrůša. He has taken part in two LSO On Track schemes, with one performing with the LSO in the 2012 Olympic Opening Ceremony. Ashby has toured Spain, Poland and Germany and Holland as well as Switzerland with NYWO. Ashby played at the prestigious Lucerne Festival in Summer 2018. He has performed at the Royal Albert Hall, Royal Festival Hall, Queen Elizabeth Hall, the Barbican, Symphony Hall (Birmingham), the Concertgebouw, Amsterdam and the KKL Luzern. He has also recorded at Abbey Road Studios and RAF Northolt Studios. 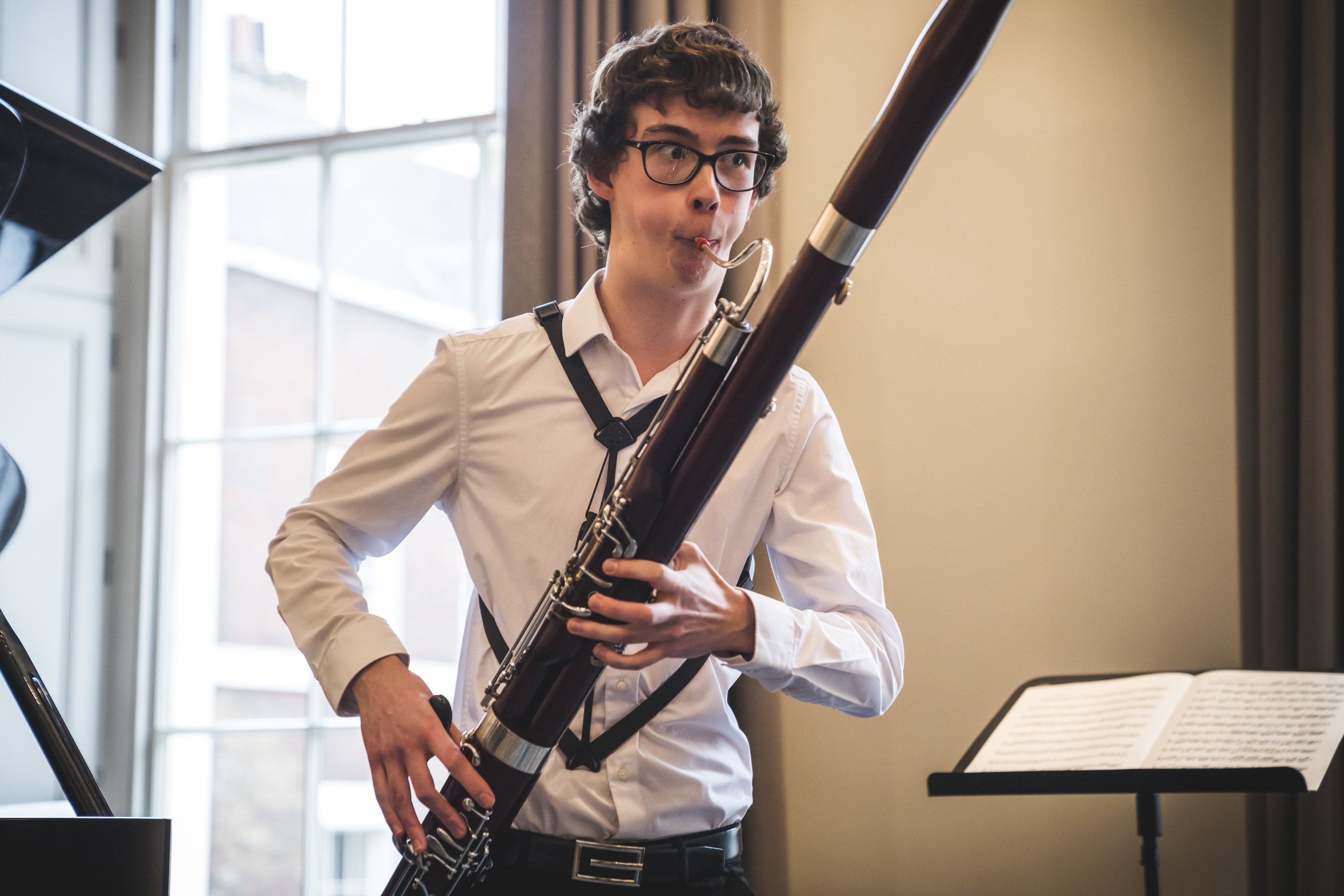 Ashby has been featured on the Classic FM website playing multitrack recordings of his own original arrangements which have been published by KOR Publications. He performed for HRH The Prince of Wales in March 2019. He has performed under the baton of Sir Colin Davies, Edward Gardner, Martyn Brabbins and Jac van Steen and has performed alongside Sergio Azzolini, Maximiliano Martín and Stefan Dohr. Ashby is Chairman of the Watford Youth Sinfonia; a joint-led youth orchestra, and plays in other student-led orchestras such as the Brio Symphony Orchestra, the East London Symphony Orchestra and the Wyatt Sinfonia. Ashby is passionate about many genres of music and intends to pursue a career in classical bassoon. Ashby will study at the Mannheim Hochschule für Musik und Darstellende Kunst on the Erasmus exchange programme from September 2019 – February 2020. When not playing the bassoon, he enjoys photography and cycling.